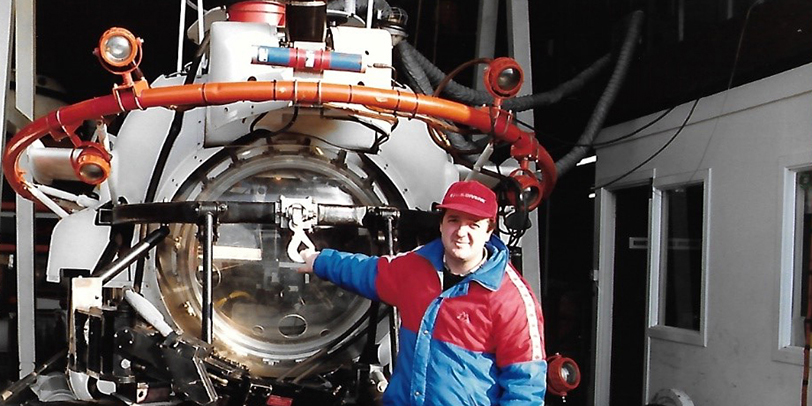 From the day my father drove me to the machine room of the Liner Vera Cruz, I was 5 years old, I fell in love with ships and electrotechnical. The years went by and having completed the course of Chief Engineer Officer of the Merchant Navy at Infante D. Henrique Nautical School, I decided to embark, being by sea for a short time, because the idea of ​​designing ships was still very much alive, almost an obsession.

Already married, we decided to study in England, having joined the highly regarded University of Newcastle upon Tyne. At the time Newcastle upon Tyne was a “nest” of English maritime technology, with many shipyards like the “Swan Hunters” being built there, warships for all the world’s navies, as well as a very specialized ship for the marine industry oil, which was at its peak. There were also some maritime technology labs in those places like the British Maritime Technology (BMT), and of course, there were fantastic teachers, men of great academic background, but also with vast industrial experience. Moreover, it could only be a teacher who accumulated the highest level of academic education and professional experience relevant to the English standards.

It was normal for Lloyd’s Register of Shipping to sponsor teachers, and it was the case of our Offshore Vehicle Design teacher Professor Peter Betess, a man in love with his work and the things of the sea. 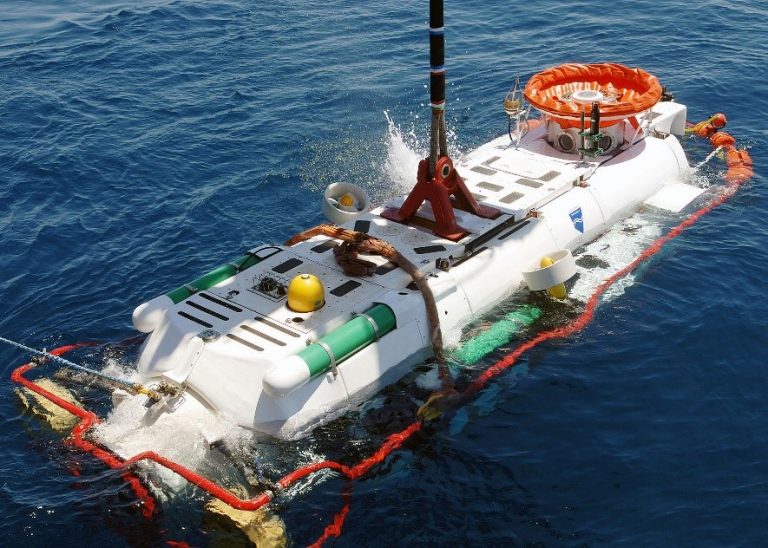 Figure 1 – The LR5 being launched on the sea from the mother ship. JOC David Fliesen, U.S. Navy – http://www.navy.mil 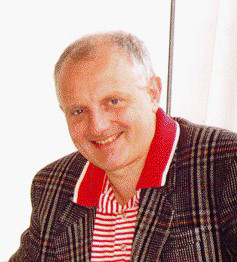 Arriving at 8 am in one of his classes, we were informed by him that we were leaving for several study visits by the Scottish yards at 10 am, a trip that took a week, at that time we were all there to study and much, there was not even a choice to say no. The driver of our 12-seat Ford Transit was Professor Beetess himself, and here we were taken to Nigg Bay in Scotland, one of the highlights being the Renfrew Glasgow-based LR5 technical study visit at the Submarine Rescue base from the Royal Navy. 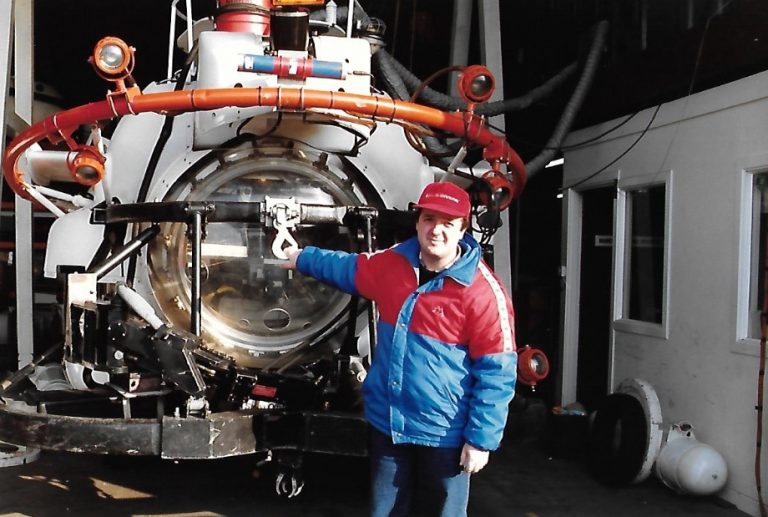 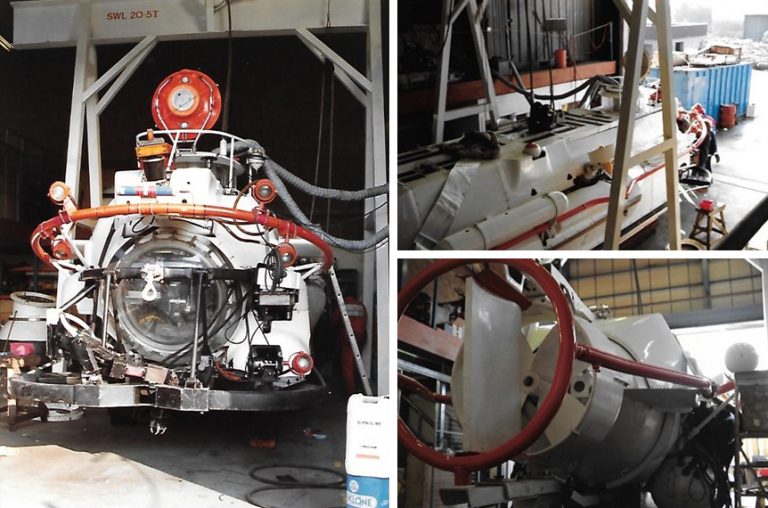 Figure 4 – The author in 1989, next to the LR5, at Renfrew Base – GlasVista left front and side, right up LR5 viewed from above, right down drive and rudder, RN base in Renfrew – Glasgow 1989. Source: Photos of the author 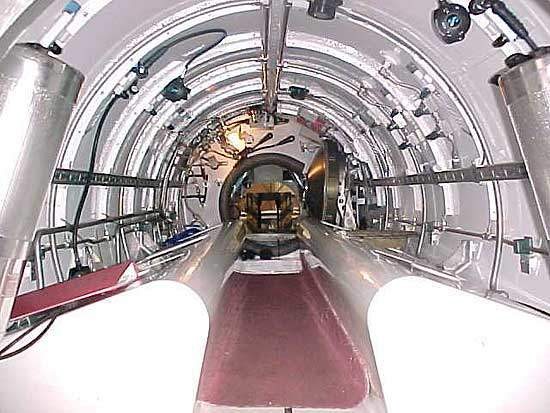 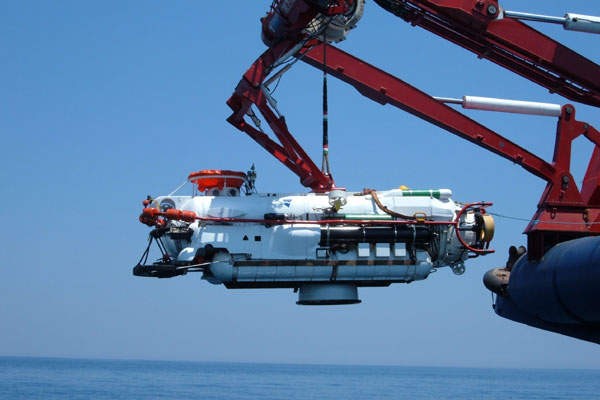 Figure 6 – The LR5 being launched on the sea. Where you can see the coupling “suction cup” from the bottom. Source: https://www.naval-technology.com

The LR5 submersible crew was three men, one pilot, one co-pilot, and the system operator. The vehicle is equipped with a toolset including a Slingsby manipulator, an ejectable claw, cable shears and a 305 mm cutting disc.

The vehicle communications system consists of 10kHz and 27kHz underwater telephones, a 27.5kHz acoustic beep and a Model 2056 voice and beacon set which operates on the following 10kHz, 27kHz and 45kHz frequencies.

The LR5 is capable of operating at sea with 5m high waves. It is equipped with two 6kW electric motors that allow a maximum speed of 2.5 knots, which limits rescue operations to a maximum current of 1.5 knots under the sea and a maximum operating depth of 500 m.

The United Kingdom still maintains its submarine rescue service, which keeps track of ships that can act as the mother ships of the LR5 submersible, as well as all of its 11-element crew and its “Scorpio” ROV. The service is operational 24 hours a day worldwide and with a 12-hour readiness.

The parent vessel is notified and called to a port to embark on the 11-man rescue team, specialized divers and technical officers, together with the LR5 rescue submersible and their equipment.

The submersible can also be carried by military or civil aircraft, for example by C-5 Galaxy or Antonov and then transferred to the nearest port of the damaged submarine.

Coupling to the damaged submarine

Rescue divers approach the damaged submarine looking for its escape hatch to transfer life support and emergency equipment by preparing the escape hatch for docking the LR5.

A remotely operated vehicle (ROV) Scorpion is used to mark the location with navigation signals. The ROV is equipped with a sonar, depth measurement system, tracking transponders, and four video cameras. It also has a robotic arm installed in front of the ROV, which can be used to clean the submarine escape hatch. The ROV also has an underwater telephone and a radiation monitor.

The remotely operated vehicle ROV “Scorpio” and submersible LR5 are equipped with a navigation device, integrated tracking, which includes surface and underwater navigation data. Rescue coordinator in the mother ship uses the data navigation and tracking system and images of sonar and cameras to provide detailed real-time images of the submarine in distress and the respective rescue systems.

The LR5 can carry a time of up to 15 sub survivors at risk. The LR5 can perform up to eight travels danger submarine rescuing survivors’ well 120, and this limitation by charging their batteries.

Coupling with the danger submarine can be performed with the sub adorned with an angle up to 15°, and for this, it is necessary to use a “suction cup” special coupling as shown in the figure below. 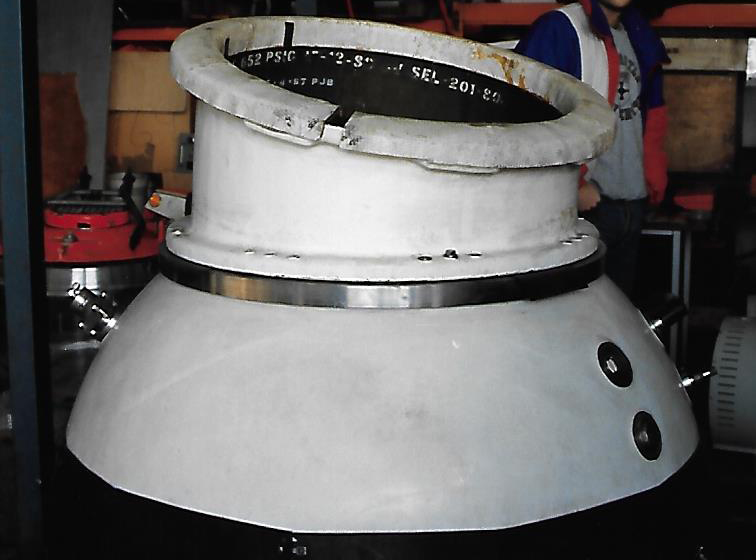 At sea all man are brothers

The maritime brotherhood is something only a seaman can conceive of. It has something to do with respect for the sea, for all who walk the sea. In afflictions, there are no enemies, no races, simply sea brothers. An excellent example happened on August 5, 2005, when the Russian submarine rescue submarine AS-28, in training off the coast of the Kamchatka Peninsula, in Berezovaya Bay, 70 km southeast of Petropavlovsk -Kamchatskiy, Kamchatka Oblast, under the command of Lieutenant Vyacheslav Milashevskiy, entangled himself in the antenna of a set of hydrophones and fishing nets. The antenna, anchored by 60-ton points, was looped into the sub’s propeller, stopping at the bottom at a depth of 190 m. That depth was too large for the 7-member trim to abandon the submersible.

On 7 August, all seven sailors were rescued after the cables holding their submarine were cut by the LR5 (Scorpio 45) (ROV). The submarine emerged on Sunday at 4:26 pm local time, with all seven crewmembers leaving the submersible in good health. 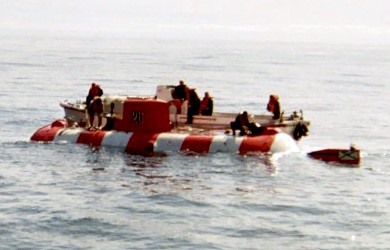 Figure 8 – AS-28 aspect in the Bearing Sea. Source: Wikipedia

* The AS-28 belongs to the Priz class and is a Russian Navy undersea rescue vehicle, having entered service in 1986. The AS-28 was designed by the Lazurit Design Bureau in Nizhny Novgorod, is 13.5 m long, 5, 7m high, and can operate up to 1000m deep. 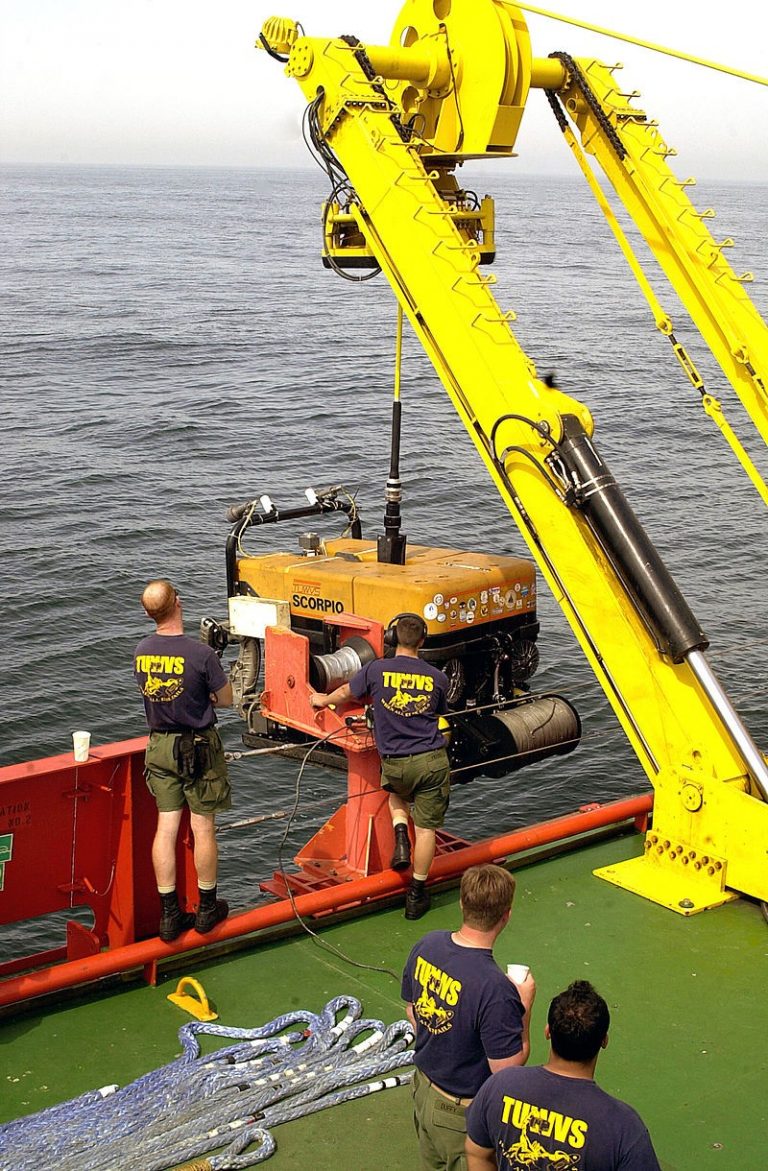 Figura 9 – Aspect of SCORPIO, a partner of LR5. Source: Wikipedia

The Portuguese Navy and the LR5

Had it not been for the Portuguese Navy made of a special mass of seamen, such training would not have been conducted.

The Portuguese Navy arrived on May 28, 2001, at the Clyde naval base in Faslane, Scotland, participating with the memorable submarine “Delfim”, in the commemoration of the 100 years of submarines in the United Kingdom attended by 15 other submarines of various nationalities, but also to engage with the LR5 and participate in Operational Sea Training (OST) training. It was certainly a trip full of compromises where honoring the Fatherland was as always a goal of the present, having among other ceremonies the visit of her Royal Princess Anne of the United Kingdom. 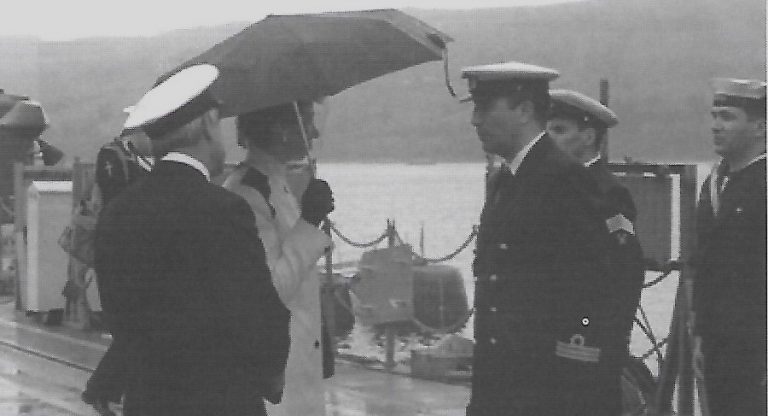 The coupling of the dolphin to the LR5

After 33 years of service, the “Delfim” prepared for another challenge, the docking of the rescue submersible LR5, to be held at Raasay in the Scottish Sea. Since 1983, the Delfim, which had an aft boarding hatch (as well as the remaining Albacora-class submarines), had been assembled by the Alfeite Arsenal, initially designed for the American DRSV rescue vehicle, by being the only one in existence. However, the hatch made it possible to dock the LR5. Finally, after 18 years, the rescue hatch was used through a privileged relationship between the Portuguese Navy and the Royal Navy in the face of a collaboration that has been taking place since 1991 with participation in OST anti-submarine warship training exercises, With the search and rescue of damaged submarines a concern of the Portuguese Navy, it was decided to conduct a docking exercise to certify the hatches of “Albacora” class submarines. The planning of the operation began years earlier, based on meetings held with the aforementioned UK UK Rescuing Service and the Submarine Escape and Rescue Working Group, culminating on 11 June with the engagement of the submersible Delfim LR5.

The mother ship of the LR5 was the “Belos” of the Swedish Navy, aboard the “Delfim” the docking manoeuvre was carefully followed in great silence and high expectation.

At 12:15 pm that day, another singular moment occurred for the Portuguese Navy, with the opening of the immersion rescue hatch at a depth of 146 meters, and the direct contact between the “Delfim” and the LR5 was established, transiting elements of the two crews between the two coupled submersibles. After opening the rescue hatch at 146 m depth, the passage of 17 elements through that hatch, three LR5 trips, and two couplings, contributed to the confidence of all Portuguese Navy submariners. 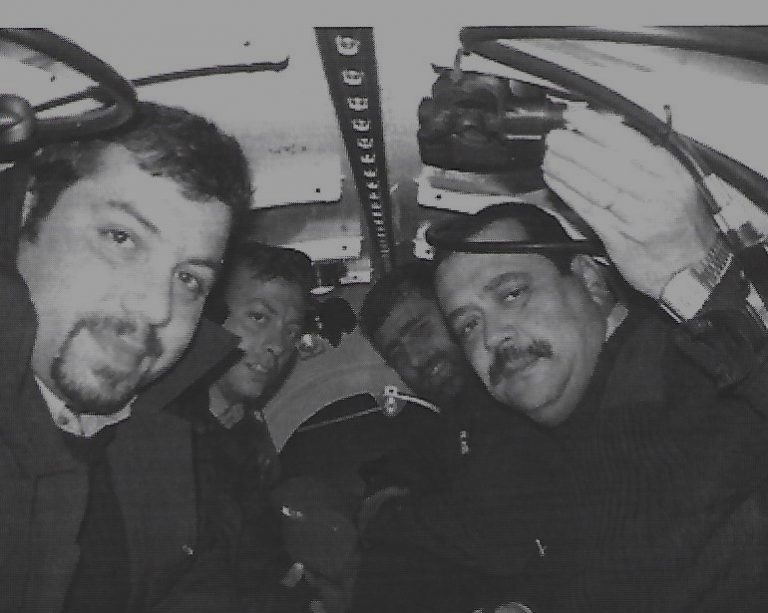 The following elements of the “Delfim” crew passed through the rescue hatch:

The LR5 submersible has been in Australia since 2009 to support the Australian Royal Navy. The current replacement for the LR5 is the NATO Subsea Rescue System (NSRS) resulting from a tri-national project to develop an international subsea rescue system.

The system provides the same rescue capability as the LR5 (12 men at a time) and is at the service of the partner nations namely France, Norway and the United Kingdom, but to the remaining NATO member countries and allied nations as well any submarine equipped with a suitable surface around its hatches. 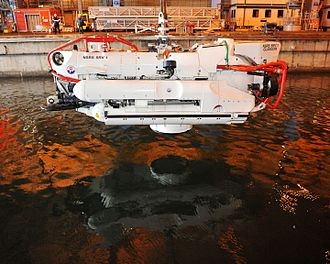